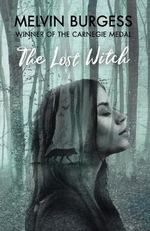 We have received 14 reviews of The Lost Witch. You can add a review or scroll down to read reviews. 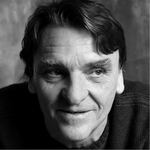 Often described as the ‘godfather’ of Young Adult fiction in Britain, Melvin Burgess has won various prestigious awards, including the Carnegie medal for Junk (1996). He has written about a diverse range of subjects, including heroin addiction, teenage sex, Alzheimer’s and cosmetic surgery, and occasionally his work veers into fantasy.

Bea has started to hear and see things that no one else can – creatures, voices, visions. Then strangers visit Bea and tell her she is different: she has the rare powers of a witch. They warn her she is being hunted. Her parents think she is hallucinating and needs help. All Bea wants to do is get on with her life, and to get closer to Lars, the mysterious young man she has met at the skate park. But her life is in danger, and she must break free. The question is – who can she trust?

Melvin grew up near Crawley in Sussex, and moved to Reading, Berkshire at the age of twelve. After leaving school with two A-Levels in Biology and English, he enrolled on a six-month journalism course. He moved to Bristol at the age of 21, and began writing, between periods of work and unemployment. He continued writing after he moved to London in 1983, experimenting with short stories, radio plays and children’s fiction.

His first published book, The Cry of the Wolf (1990), was shortlisted for the Carnegie Medal. It was for his controversial teenage novel, Junk (1996) that he gained wider recognition.

To find out more about Melvin Burgess visit www.melvinburgess.net or follow him on Twitter@MelvinBurgess.

The book follows the tale of Bea as she finds out she is a witch and how she has to hide from the hunt a band of people who take witches powers/abilities.

To me, the book was very well written and because of this I had no problem picturing the current scene or the characters. The plot was very well thought of as it featured many twists and unexpected moments throughout the book. Leading from this the book was very unpredictable and keeps you guessing until the final page.

I found that the end came rather abruptly as it felt like that it was a long way from finishing but then suddenly the book came to an end and the problem had been solved. However, apart from this I cannot think of any more criticism I could write about this book.

Overall though I found this book very enjoyable and couldn’t stop reading!

Thomas gave The Lost Witch 4 out of 5 and now plans to read Payback by M A Griffin.

I thoroughly enjoyed this book and found it to be a great mix of fantasy, comedy and in some parts horror. Carnegie Medal-winner Melvin Burgess delivers a thrilling read about magic, myth and following instincts .I found this book to be incredibly engaging due to its fast-paced narrative and incredibly unique, intriguing characters.

The protagonist Bea is a very complex, multi-layered character with steely determination and a formidable personality. However, as the story develops, we also meet a huge variety of characters, each with their own fascinating quirks.

The story itself, consists of the idea that there is a secret world of witches, living out of sight, in hiding. And although this is a premise that has been previously used, I still found the story to be gripping, due to its strange, yet absorbing story.

During the book, Bea suddenly begins to see and hear things that no one else can – creatures, voices and visions. However, when strange, seemingly magical, people begin to visit Bea, they tell her she is different: she has the rare powers of a witch. As well as this, she is warned that she is being hunted and therefore must attempt to conquer her powers, mastering the skills that for years lay dormant. However, despite her determination, Bea struggles to fight the ever-growing enemy, those who seek to oppress the witches and harness their powers for evil.

I would recommend this book to anyone looking for a great reimagining of witches, wizards and, of course, magic.

Max gave The Lost Witch 5 out of 5 and now plans to read Payback by M A Griffin.

I think that this book is an interesting portrayal of the popular ‘teenage girl finds out she’s a witch’ trope that stands out against the rest for its unique portrayal of magic and the rules of its magical universe, however, I found Bea irritating at times due to her lack of initiative and apparent inability to think for herself. My personal favourite character was Odi because of his unrelenting kindness and calm that remind me of my own grandfather and I’m sure many readers of this book may recognise parts of him in their own lives also. Silvis would come in a close second due to her endearing and loveable demeanour paired with her childlike bounciness and loyalty that made her stand out as one of the most developed characters. This book fluctuated in pace - sometimes very fast, other times dragging on and making me want to put the book down – I think to improve this, more of the time spent on less important moments could be spent on the ending, which was exciting but seemed rushed. The only concern I may have about the content of the book would be the portrayal of mental illness and the NHS which I believe could be damaging to younger readers due to the negativity surrounding them in The Lost Witch. Overall, in the context of it being very intense at times and being mindful of the adult themes it contains, The Lost Witch could prove an interesting read to an mature audience.

Poppy gave The Lost Witch 2 out of 5 and now plans to read Payback by M A Griffin.

Maryam from Alert on high school:

Maryam gave The Lost Witch 5 out of 5 and now plans to read Payback by M A Griffin.

‘The Lost Witch’ is about a character named Bea, who discovers she is a witch, and encounters many new characters, which help her understand this new view of the world she has, but also teach the reader many life lessons.

I honestly loved the book! It was thrilling and full of suspense! The entire story was so original and creative, it was a joy to read.

Burgess really did capture the wonder of believing in magic and seeing the world from such a wonderful and new perspective. The book describes magic in a completely new way, which opens your eyes and really makes you delve deeper into the story and live it.

As I’d mentioned, the story does contain many important messages, such as being careful with new people that you meet, and that every one of your actions has consequences, which are very strong and powerful messages.

Diana gave The Lost Witch 5 out of 5 and now plans to read The Survival Game by Nicky Singer.

The book was charming and unique and i enjoyed reading it and get lost in Bea's adventure.

Marnie gave The Lost Witch 4 out of 5 and now plans to read Payback by M A Griffin.

Maryam from Alert on high school:

This book is interesting because it never shows en ending and gets you to be curious with a lot of questions. A message which this book is trying to show is to be proud the way you are like the book when Bee hated the fact she was a witch but started to love it because it meant she was special and unique to everyone else.

Maryam gave The Lost Witch 4 out of 5 and now plans to read Payback by M A Griffin.

There are so many reasons to love this book, it is set in the local area, the reader can relate to the heroine, the story rocks along with twists and turns as Bea is lied to by different factions, the subtle underlying message – be careful in whom you trust.

The ending is uncompromising and there’s no magic wand to make everything alright again. People who have done bad things have to face up to their responsibilities, a message for today’s young adults.

Mrs Blashill gave The Lost Witch 5 out of 5 and now plans to read Payback by M A Griffin.

At the start this book is interesting, it gives you a mysterious feeling and it makes you want to find out if Bea (main character) has actual powers and if it’s true that she is haunted. But the way the writer expresses himself, makes us the readers believe, that she might have a mental illness and that she is hallucinating all the supernatural things that she can do.

Mihaela gave The Lost Witch 3 out of 5 and now plans to read Payback by M A Griffin.

I liked the book but it had a rushed ending.

Rafeha gave The Lost Witch 4 out of 5 and now plans to read The Survival Game by Nicky Singer.

This book is thrilling with quite a few plot twists, however, the ending was a bit vague and could’ve been extended slightly to make it more exciting, but other than that, I enjoyed it quite a lot!

Elisha gave The Lost Witch 4 out of 5 and now plans to read White Rabbit, Red Wolf by Tom Pollock.

"Don't judge a book by its cover"

The phrase fits Burgess' book perfectly. The cover of this book is lovely, it portrays a girl looking around the age of 16. In a forest and with a wolf's in the background. It gives you the feeling that this will be a mystical, dark book about a young adult. However this is not what I read. I read a book which was slow at some point and dragged on and some which were so fast I forgot what was going on. Yes there where parts of the book that I liked, like how different witches have different unique powers and that witches are slowly becoming extinct and the witches world is slowly becoming invisible to humans. Bit of never felt conested to Bea the main character, and there where important parts which where just glossed over. I didn't like the writhing style and I don't think I will be reading anymore of Burgess books. It felt like I had to read not like I wanted to. Overall I would not recommend this book to anyone!

Morven gave The Lost Witch 2 out of 5 and now plans to read White Rabbit, Red Wolf by Tom Pollock.

I really liked the book and thought it was so original and took a different but wonderful view on the idea of magic. But in my opinion I thought the ending was a bit rushed. I still really like the book though and would recommend it to others a bit closer to the age category as I am reading above my age group.

Emily gave The Lost Witch 4 out of 5 and now plans to read The Survival Game by Nicky Singer.

I found the book to be exciting, it was unique in its own way, to write a book about magic is tough as it can not be like any other magical book, lots of authors seem to make their magical books too much like Harry Potter but this book reinvented writing about magic whilst still making it the roller-coaster it should be and is. Needless to say i adored this book.

Amber gave The Lost Witch 5 out of 5 and now plans to read Rosie Loves Jack by Mel Darbon.