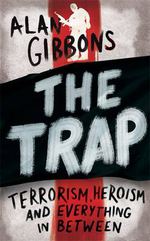 We have received 14 reviews of The Trap. You can add a review or scroll down to read reviews. 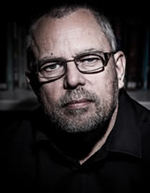 Alan Gibbons has been writing children's books for 23 years. He was a teacher for 16 years, working with key stage 1, 2 and 3. Alan is now a full time writer and independent educational consultant. He visits schools and libraries, colleges and education conferences in the UK and overseas,

Alan’s books have been shortlisted for numerous book awards, both national and regional.

Alan lives in Liverpool with his family.

Terrorism, heroism and everything in between... The Trap is a teen thriller about espionage, a missing brother and the ever-raging war on terror. MI5 agent Kate receives a tip-off about an asset who seems too good to be true. Amir and Nasima are trying to make friends at their new school but struggling to keep a terrible secret. A group of jihadists are planning something. And behind it all stands Majid, Brother, Son, Hero, Terrorist. Spanning Iraq, Syria and England, The Trap grapples with one of the greatest challenges of our time.

His heroes are Spartacus and Harriet Tubman because they both fought slavery against the odds.

His favourite books are The Collected Works of Shakespeare, Great Expectations by Charles Dickens and The Stand by Stephen King.

I really enjoyed 'The Trap'. It kept me on the edge of my seat all throughout and I enjoyed the changes in time as it made the whole story more interesting.

Aleksandra gave The Trap 4 out of 5 and now plans to read Orangeboy by Patrice Lawrence.

the trap is truly gripping...it is a glimpse of what some children in the world are going through and how one person could leave such a chain reaction.it is relevant at this moment in time therefore that is why i enjoyed it so much.i highly recommend this book and could'nt put it down!:)

Thelma gave The Trap 4 out of 5 and now plans to read 13 Minutes by Sarah Pinborough.

I enjoyed this book, however I found that it was a little slow to start. But once I got into it, the story began to get better and I thought that the ending was quite good.

Cameron gave The Trap 4 out of 5 and now plans to read Orangeboy by Patrice Lawrence.

I thought that this book was one of a kind because, it is so different from everything else I've read. I thought that it was written in a way which told the truth in an easy to handle way. I particularly liked Kate because she was not only loyal but responsible too.

Phoebe gave The Trap 3 out of 5 and now plans to read Orangeboy by Patrice Lawrence.

I really liked this book - with its engaging story line and well developed characters, it makes for a great read. I wouldn't usually have chosen this book, but after only a few pages I was hooked. I really liked how it gives just enough information in each chapter for the reader to make their own guesses about what will happen next, yet also leaves them with a few questions. The only critique I would give is that the storyline doesn't ever really 'explode' with an unexpected incident, apart from briefly at the end. Overall I would highly recommend this book and I applaud the author for taking such a sensitive yet topical theme and crating a very enjoyable read.

Laura gave The Trap 4 out of 5 and now plans to read 13 Minutes by Sarah Pinborough.

I thought this was an engaging, modern book that was interesting and fast-paced, with an interesting plot and clearly defined characters. But I do believe it could have had a thicker plot line that was slightly less stereotypical, however; overall, I did enjoy the book.

Katarina gave The Trap 3 out of 5 and now plans to read Orangeboy by Patrice Lawrence.

This book was cleverly written what with the flashbacks to the past and the present day. To me the moral of the novel is that people can change and choose to do what is right, but that choice they make can either be destructive or constructive. Overall, this was an amazing book.

Victoria gave The Trap 4 out of 5 and now plans to read The Call by Peadar O'Guilin.

I really enjoyed this book and could not put it down.This novel appears even more relevant at this time and this adds another emotional dimension to the story. It is definitely not the genre of book i would pick up but after reading this i may think again.My favourite part was the mixture of flashbacks and the current day.

Kate gave The Trap 5 out of 5 and now plans to read Broken Sky by L. A. Weatherly.

I really enjoyed this book. I have previously never read a book by Alan Gibbons, but after reading this cleverly written novel i would definitely consider reading another. I loved how the book consisted of both flashbacks and present day, it was cleverly crafted and kept me engaged throughout. I was very interested in the topic on which the book was based given the world's current climate and felt that after reading i had learnt a lot.

Una gave The Trap 5 out of 5 and now plans to read Broken Sky by L. A. Weatherly.

This book was ok but in my opinion it was just a little too slow in the beginning for me and I lost interest quite quickly. My only problem was that I didn't quite understand the book and the storyline behind it. Although for people with a taste in books like these, I would recommend you give it a try and voice your opinion.

Codie gave The Trap 3 out of 5 and now plans to read 13 Minutes by Sarah Pinborough.

When I first started reading this book I found it hard to understand because of the flashbacks but once I understood the storyline and characters I really enjoyed reading it. I thought the book was interesting and towards the end couldn't put the book down.

Grace gave The Trap 4 out of 5 and now plans to read Eden Summer by Liz Flanagan.

This book was great. I could not put it down once I started reading it. Once you understand the plot and the characters it really interesting and some of it is a bit frightening. It is definitely a book I would recommend to other people because it is about modern events which is quite chilling to know that this is reality for some people.

Chloe gave The Trap 5 out of 5 and now plans to read The Call by Peadar O'Guilin.

The Book is alright so far I like how the book is all about what's going on in the world right now and the truth of war. The thing I don't like about the book is that it's hard to fallow there's to many characters and the worst part is that there always is that its going back to he past and present.

Daniel gave The Trap 4 out of 5 and now plans to read The Call by Peadar O'Guilin.

I think this book was an outlook on the hidden truth that all of us should know. It made me think how this world is changing. I was gripped from the very start and I couldn't stop reading. If only this hatred could stop. It's like a behind the scenes to what is really happening.

Millie gave The Trap 5 out of 5 and now plans to read The Call by Peadar O'Guilin.